The exhibition devoted to the SUMNER WELLES DECLARATION is primarily intended to highlight the U.S. political and diplomatic support, which Lithuania (and its northern neighbors) felt in practical terms throughout the years of the Soviet occupation. Thus the exhibition is rich in historical documents that testify to the U.S. political attention to the USSR-occupied Lithuania; to the activities and the diplomatic struggle for the independence restoration by the Lithuanian Embassy in Washington and the consulates in New York and Chicago; to regular working meetings and contacts between Lithuanian diplomats and leaders of various Lithuanian patriotic organizations that operated in the United States with officials of the U.S. Department of State, congressmen, and to receptions at the White House, as well as to protests against the USSR imperial policy. The exhibition discloses political and diplomatic activities of the LDS and its chiefs Stasys Lozoraitis, Dr. Jurgis Šaulys and Stasys Antanas Bačkis, as well as their efforts to coordinate the fight for the restoration of Lithuania’s independence in the U.S. and Europe. 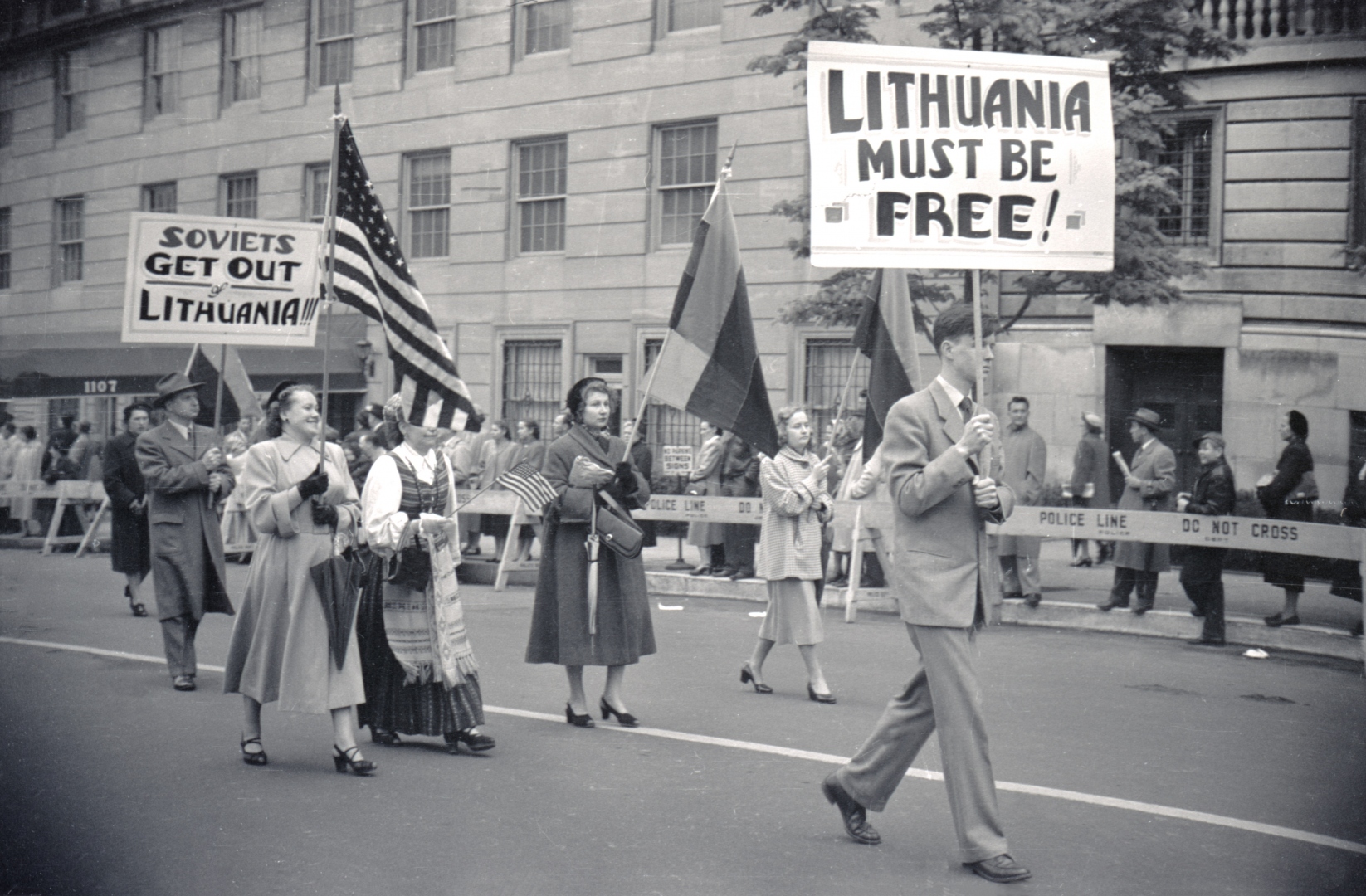